Get to know my kitty cat! Currently I have eight furballs.

Intro: I’m a cat lady, despite the fact that I already have cats, every god damn time I would say either MEOW or KUCING! (cat in malay) whenever I sees cats. I want to bring all cats home, but as you all know, have to feed them and throw all that poo. sigh.

I got a phone call from my dad around 8pm asking me if I want a cat. HELL YES!! its been 3 years or so without cats. The last one was with my aunt, because I can’t take good care of them well, I was young I did not know how to properly take care of cats other that petting them and give them food and play with them. So, I went down stair, theres my dad with a fluffy gray cat. I have never seen a gray, grumpy, a bit like munchkin fluffy cat. Its so cute I want to cry. Yes I can actually cry from cuteness. My classmate used to show me cute cats picture just to see my reaction, most of the time in tears, tears of cuteness! My mother named her as Ling.  (Ling The Queen, Female almost 3 years old) Not even a month with Ling, I lost her! I cried the whole day, didn’t even want to eat or anything. Thats how much I really love cats. #CreiAnd she went back, sitting in front of the door. BUT, my mom bought me another cat just to make me stop crying over Ling. HAHAHA now I have 2. So I took them for a shower, and realized its a BOY. His name is Neko, (Neko The Worrior, Male, almost 3 years old, dark gray with a bit of white) mom thought that its female. Nope its not, nope. Neko means cat in Japanese. Fine as hell, look how fluffy Neko is.

Ling gave birth to five kittens all black, in which I have to give it away. I DID NOT KNOW SHE WAS PREGGY. I’ve always wanted a black cat! That time I had 5, my life is complete. And again she’s pregnant with Neko, gave birth to six kittens. Which again I have to give it away and kept only Puga, (Puga The Princess, the first kitten with Neko’s pattern, 1 year old, female) the fluffiest,the princess. Puga-chan, have the tiniest paw for an almost one year old cat. She would run all the way whenever I call her. For real. recently Puga gave birth to 5 kittens, Black, Gray, Light Gray and WHITE. WHITE. WUT I know I only have black and gray cats. BUT SHE GAVE BIRTH TO A WHITE KITTEN! but she didn’t know how to take care of her kittens, and yeah. #sobs

The trio Neko look-a-like. Ling gave birth again to 3 kittens that has Neko’s fur pattern and fluffiness. Firstly Junior, (Junior, the darkest gray among all, male 6 months old) he have the weirdest meow. its like meekkk-oow in a cute way. Clingy af, where he tend to choke me right on my neck just to wake me up either 3 or 5 am in the morning, he sleeps next to me or on my laptop. Secondly Medium, (Medium, medium darkest among the siblings, Male, 6 months)  currently the fluffiest cat among all. He’s clingy as well, Farid’s favourite, other than Ling. He’s so fluffy i’m gonna die! and bigger than Neko. Lastly, Putih, (Putih, the lightest in color, the smallest, female, 6 months) she’s not white in terms of her fur, but she’s the lightest in color compared to her brothers. She does have the cutest meow, so tiny!

Then again Ling gave birth to two female kittens. Coco and Honey, which is one month old. They are so tiny! I want to squeeze them every time I sees them.

I think in total I used to have 20 or more cats, but as I said I have to give it away. I really do miss my kids, it’s hard to let them go. I CRIED.

❃So, do you have cats as well? or other pets? If you do, drop your comment on the section below!

❃Can you tell the difference between your cats meows? Because I do. Junior’s is the easiest!

❃ Do you sleep with your pet/cats? Yesu, I do as well, except Neko, because he likes to take down my polaroid films from the wall.

❃ Do you talk with your pet?

Also if you do have any questions about my satans (cats HAHA) do drop your comment too. 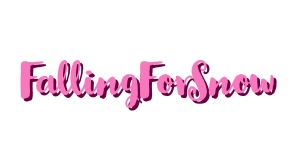 4 thoughts on “My Little furballs!”