Hallu there! I know it’s been awhile – April and May were a get ready for exam month, Semester break wasn’t that great at the first week because I was feeling down and all BUT as for today I wanted to add up a new category on my blog, which is Monthly Favorites! A bit different from Best of Months, as its focuses on things that I like on that month. You know that typical monthly favorites by youtubers. Yeah just like that! Let get on to it!

I got this camera 5 years ago and I didn’t use it as much after my trip from KL. Better off taking photos with my phone where I can instantly edit and post on Instagram. EASY! But about months ago, my iPhone screen cracked. By cracked I mean literally cracked straight to the camera lens. Yikes, it’s my second. I don’t want to fix it or anything because DAMN it cost

almost a month of my university allowance. Not going to fix it at all! Still can use it as usual, except that I don’t feel good taking photos. So here it is, my camera to the rescue! It’s Samsung NX1000, in Pink edition! I get a lot of compliments on my camera and it makes me feel so uneasy. [Just because I am not good with Hooman]. I have been taking pictures for my Instagram better [quality HEHE], as well as videos! I do feel like ” oooh I should start taking random videos, edit and post it”. I really like to do so, but at that time, I don’t feel like doing anything. Just hope that June will make me feel all motivated!

Shout out to Shopmichibu FOUND IT. BOUGHT IT. USE IT. LOVE IT!! 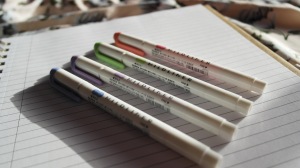 using Mildliner for highlighting my notes. Really loving the color, and showing off these highlighters to my boyfriend until he’s annoyed. [yes, I’m that kind of girlfriend] Also It’s been almost two months of me using Mildliner, I just knew the

FINE part is THERE, I used BOLD part most of the time. And also it’s from ZEBRA Brand, MY FAVOURITE BRAND! For 3 years since 2012 using ZEBRA pens, which is only available at Miri, which again I stop going to Miri for 3 years now, bummer. SO HAPPY to know an online store selling ZEBRA brand!

I wrote a review on it last month, click Here to read it! Moving on from Clean and Clear which I have been using it from the age of 12 I think. I don’t know the latest product really does not match my skin, or pretty much kind of messed up my skin, so I stopped and start to use Rice Water, for almost half of the year now. Its refreshing smells amazing and the packaging is a plus.

I know at first I thought it was VAMPIRE! My bad, but it does have those pointy teeth on the packaging. This cream is all over youtube and I really really want to try it. Goes to a cosmetic website – sees the price – cries a river. Damn that thing is so expensive. Guess what? Few weeks after that, there’s a promotion, below BND $20. GETTTTT ITTTT! Loving the product ever since! it’s so nice, soft and smells weird but its okay!

Butter Waffles and KitKat Chunky Cookies and Cream!! Thanks to my boyfriend I am addicted to both! I don’t have the photo but you can just google it if you want to. It’s so gooood that I HAVE to buy again!

So that’s my May favorites! I know its not as much, but these are numbers of things that I really really like! Whats yours? 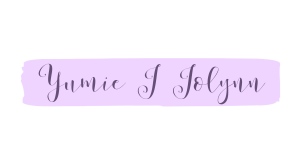 4 thoughts on “May favorites”